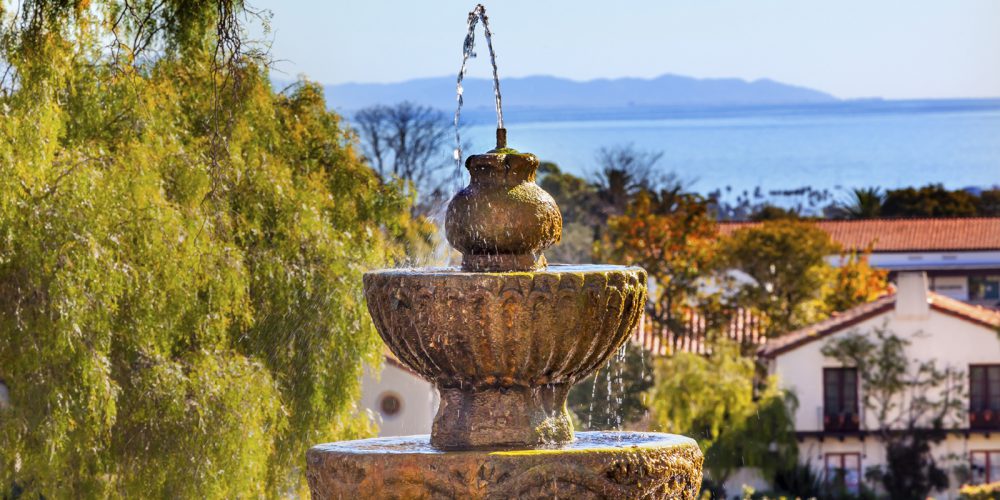 Santa Barbara’s Riviera is located in the two mile area separating the Santa Barbara Mission and Sycamore Canyon, perched above the downtown area. Resident’s enjoy the beautiful ocean and island views overlooking the main downtown area of Santa Barbara and the Harbor! It includes wonderful terracing that was constructed by Italian immigrants in the early 1900s, as well as, in 1919 when famous Architect George Washington Smith moved to the area and founded the Spanish Colonial Revival Architecture movement.

This sylvan uplift, which the padres knew as the “Mission Ridge”, has for the past 65 years been known as “the Riviera”, due to the similarities of the slopes along the Mediterranean coasts of France and Italy! This has also led to Santa Barbara’s nickname as the American Riviera, because of its similarity in climate as well as its geography to the Mediterranean coastal Italian and French Riviera towns.

The Riviera has Franceschi Park and a portion of Hillside (Orpet) Park. Marymount School (Private) is located in this neighborhood, as is the Riviera Research and Development Park, the Riviera Theater, and the stunningly rebuilt The Belmond El Encanto Hotel.

The General Plan protects this single-family neighborhood with densities of one and three dwelling units to the acre, and current zoning conforms with these designations. Approximately 25 percent of the land in the Riviera is undeveloped, and although it is often steep, there is potential growth, especially in the eastern portions.

Santa Barbara’s American Riviera is truly a wonderful area of our town.

Find Your Way Around The Riviera